I have lost count of the number of times I have opened my Facebook app, scrolled my news feed and discovered a post in a homebirth support group along the lines of:

"I've been told that if I pass out in the pool then the midwife will cut the pool open with a knife in order to get to me. Is this true because it's really worrying me?"

Sometimes it even has an extra spicy side dish of fat-discrimination by specifically referencing the BMI of the mother-to-be or parent-to-be.

That's not to say it's a daily occurrence. But it happens often enough that I stopped bothering to count how many times quite a while ago.

I will preface this post, which is destined to be rather ranty, with the statement that I have never heard a story of a midwife actually doing this. That being said, if it has never happened and, as I am about to illustrate, shouldn't ever happen, then why on earth is it still being brought up during homebirth preparation appointments as though it is a real thing?! 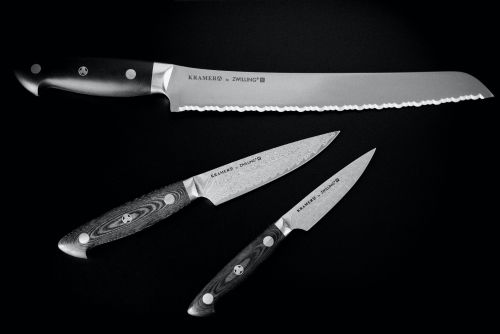 The urban myth of the midwife with a bread knife

Something isn't right and for whatever reason, the mother or birthing person needs to leave their pool quickly. The midwife sees this, and goes running to the kitchen, starts looking in drawers, frantically searching for a large knife. Meanwhile, the mother or birthing person is still in the water, possibly slipping into unconsciousness and under the water, watched by their partner, who has been instructed not to help because they don't have manual handling training to be able to lift an unconscious or semi-conscious person.

Eventually, a large knife - maybe a carving knife or a bread knife - is located. The midwife races back into the room wielding their weapon, and proceeds to attempt to cut open the birth pool. It takes a fair amount of time and elbow grease, because they're not designed to be cut open; they're specifically made to be resilient and hold firm under the pressure of between half and three-quarters of a tonne of water.

After even more time has passed, the knife manages to break through the PVC, at which point that half tonne or more of water floods out of the pool in a wave, carrying the occupant with it, towards the knife. They slice their arm open. Hopefully it’s only their arm and not a more vital or serious body part.

The electrics short out and plunge everybody into darkness – assuming the breakers work correctly, of course. If they don’t there’s a good chance that everybody touching water (that’s everyone, by the way) gets an electric shock. Partner and midwife are both unsteady on their feet, firstly because of the force of all the water spilling from the pool, and then because of the increased chance of slipping on wet flooring.

In the dark, while sloshing over wet flooring, the birth attendants struggle to lift the mother or birthing person, who is no longer supported by the water. They bang their head on the floor as they are dragged from the pool, because people are heavy, especially when unconscious. They're also slippery when wet.

An ambulance is called. The paramedics slip on the water on their way into the darkened house. The defibrillator can't be used because, again, everything is wet.

Sound ridiculous? That's because it is.

When planning a homebirth there is a process of assessing risks. Planning to give birth in water carries an additional set of risks than a land birth, which should absolutely be discussed as part of the broader conversation.

Generally a risk assessment is carried out, even if it isn’t written down. Where is the pool going? Is the floor sturdy enough? (Spoiler alert: if your floor isn’t strong enough for 700kg of filled birth pool - which is the same weight as 9-12 adults - I would have serious concerns about it being strong enough, full stop.) What’s the access like for an ambulance? Can we move that lamp so it’s not a trip hazard? How far away is the loo? Do you have any big dogs? Etc.

How often does that process happen for interventions that are being suggested? Interventions never occur in a vacuum. Nothing is risk free. This is a common point of discussion for doulas working with families: using the BRAIN acronym for any and all options that are being considered. The R in BRAIN stands for risks. For example, when a long pregnancy occurs there is a BRAIN for both induction and expectant management.

So where’s the risk assessment for puncturing a pool with a knife during a homebirth in order to gain fast access?

The answer is: it’s in my filing cabinet. Because I HAVE done a RA for birth pools being punctured by midwives. Worst case scenarios include: electrocution, a house fire being started due to shorting electrics, slips trips and falls, cut injuries from the implement used to cut the pool open, and drowning which doesn’t just impact the mother or gestational parent but their baby as well. And of course, there’s also the damage to the house and furnishings and the problem of being suddenly without light in an emergency.

I cannot think of a single emergency birth scenario, short of spontaneous human combustion (Does that happen?? Even if it did, would it happen IN a birth pool?!), that would be improved by having several hundred litres of water abruptly dumped all over the floor. I’m not alone in this thinking.

Dianne Garland discusses the concerns that midwives have around when a water birth goes wrong in this blog post. They are legitimate concerns, both around their own safety and that of the person in their care, but she states they should be dealt with by ensuring that midwives have both the appropriate equipment to remove an unconscious person from a birth pool, and have had the opportunity to practice those skills before attending births in the community.

A detailed discussion around evacuation of a pool both in hospital and at home is given in this report by the Health and Safety Executive (HSE). It states that:

And the homebirth-specific views collected were that:

This matches the opinions of all the experienced homebirth midwives I’ve met and talked to about this. I don’t proclaim to be well known, or be friends with the whole country. But all the midwives I’ve talked to who are experienced in homebirth are horrified about the idea of puncturing a pool during an emergency evacuation.

The middle ring of a BPIAB pool can be deflated slightly, or completely, which keeps most or all of the water contained while simultaneously dropping the height to allow better access for evacuation. The remaining water will act to help support the weight of the mother or gestational parent which will make them easier to lift.

Some of the birth partners can get in the pool in order to get better access. Wet clothes are infinitely better than drowning.

If the mother or birthing person is unconscious, or for some other reason cannot be easily lifted out, it is appropriate to hold them upright until emergency help can arrive. The pool could be emptied using a pump while still occupied, but this may lead to a drop in temperature because wet bodies lose heat much faster than dry ones. It also means that the water isn’t acting to support the weight of the person in the pool.

It’s also worth keeping in mind that your pool water temperature can play a role in how you feel while labouring. Very hot water dilates your blood vessels and makes it slightly more likely that you may pass out (not just in a pool, at any time in your life). There is also some evidence that it can affect the baby’s heartrate. You might choose to keep the temperature lower than body temp.

Many problems can be seen developing by an experienced midwife, and so keeping open a good line of communication with them is really important, as is continuity of carer. Continuity of carer means that you’ve already built up a rapport with your midwife, so you know you can trust them when they say you need to get out. It also means your midwife has a better sense of who you are and therefore whether something is wrong. 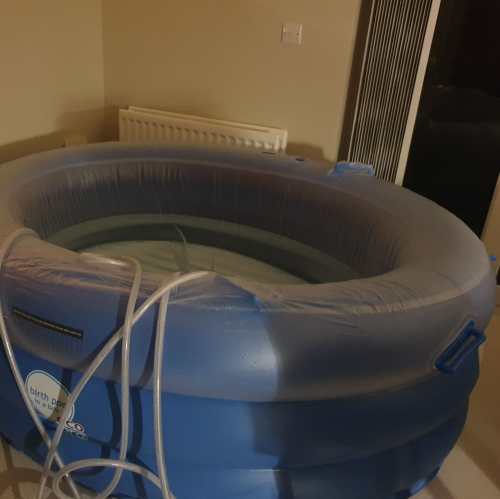 So where does that leave us?

It leaves us with multiple families being told inaccurate information during their homebirth planning appointments. Information that:

Is this a problem with individual midwives?

Sort of, but mostly no. Mostly it’s a systemic problem. Lack of good quality information and training isn’t the fault of individual midwives. They’re doing their best in a system that constantly undermines them. Nevertheless, midwives who are saying these things have a responsibility to do better once they are aware of something they’re wrong about. They also have a responsibility to think carefully about how they talk to the families they are working with.

Meanwhile Trusts have a responsibility to ensure that their midwives are appropriately trained in supporting homebirths, and in evacuating someone from a pool, both in hospital and at home, using either a hoist or a net, depending on location and number of people available to help.

What can parents do?

Have you been told that your pool might be punctured during your birth? Was this during your homebirth appointment or when you were actually in labour? I’d be interested to hear which Trust you fall under!

Have you experienced an emergency at your home water birth? Was the pool punctured or was it dealt with in other ways?

Leave me a comment below! I'd love to hear from you and gather real experiences around this!